West Coast Eagles fans were up close and personal with key players on Friday as team members visited Karratha as part of their Community Camp program.

The group settled into Indigenous concept Bushlolly Café for morning tea and as Adam Selwood described, the johnny cakes and damper kicked a few big goals.

“The Aboriginal art, the décor, it reflects what they are trying to achieve here so that, along with the food, explains why it’s so busy here.” Adam said.

The West Coast Eagles visit regional WA once a year, every year, to promote the club and give back to the community.
Adam has been part of the Community Camp program for 15 years and said the turnout at each school has been huge.
They also attended a sportsman night event on Thursday night. “We’ve been able to reach a lot of people and the feedback has been really positive, “ Adam said. “To get up here and spend a couple days getting to know the local community and how things operate shows what makes this state tick.
“And being able to come here [to Bushlolly Café] and eat some Indigenous food, meet some traditional owners, that’s also really important. “

And the star players were more than impressed with what they found at the concept café, saying as soon as they walked through the door they could see how proud the family-run business is.

“Its amazing here, the food is really fresh, the service is great and if there was one to open in Perth, I think there’d be a fair line up of West Coast Eagles players there!” 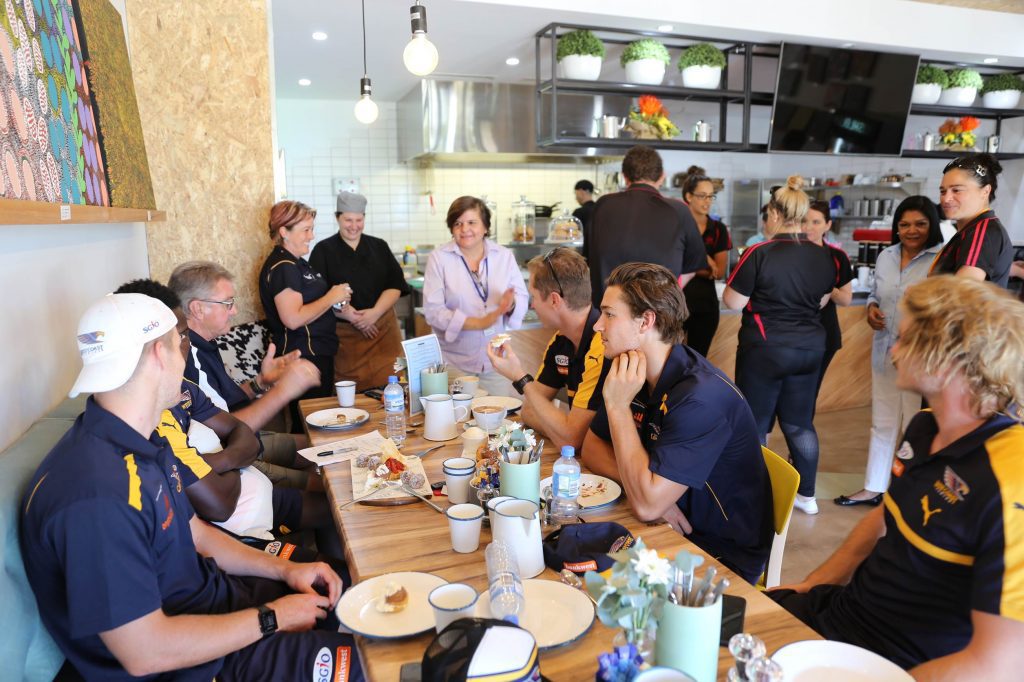 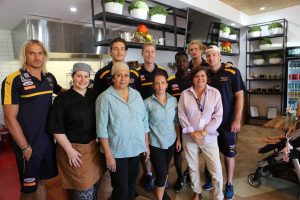 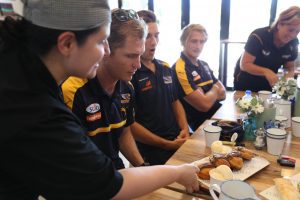 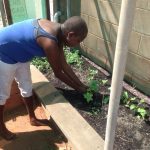 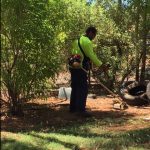