From Job Seeker to Activity Supervisor

Stephen Irvine was once a job seeker who attended REFAP’s manual arts activity, but thanks to his strong leadership skills, and some good timing, he is now a popular member of staff.

A few months ago, REFAP Coordinator, Kyle Bartlett was in need of a supervisor in the workshop. His former supervisor was injured, and Kyle was thrown into the role part-time himself, which is where he noticed Stephen.

“Stephen knew everything about the workshop and the basics of carpentry,” Kyle said.

“He showed great leadership and outstanding attendance, and everyone respected him. I suggested to REFAP management that we give him the opportunity to step up.”

To begin with, Stephen filled in two days per week as activity supervisor at REFAP’s Karratha activity centre. He quickly showed he could handle the role and the responsibility, and he now works every day.

“Stephen is a champion,” Kyle said. “He is reliable, and he is really good at both leading and taking direction. You don’t have to ask him twice.”

Stephen is enjoying his new leadership role, and the opportunity to further develop his own woodworking skills.

“It’s good to be learning more about working with wood, and to have people in the workshop who also want to make stuff,” he said. 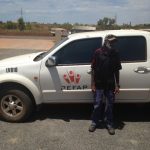 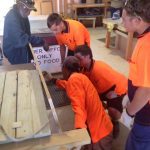 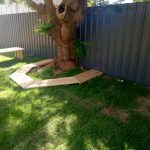 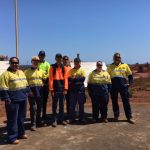